Phuket Surfing – Enjoy the water with Stand Up Paddle boarding 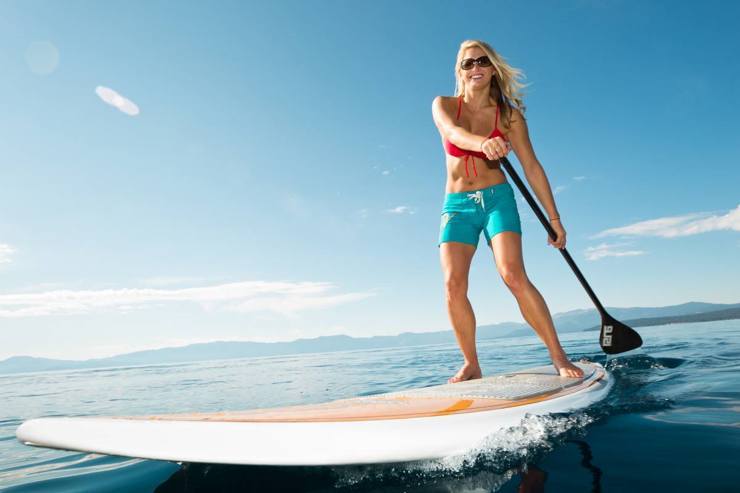 As October has now passed and the waves are about to take a small vacation, the season for surfing tall waves has passed for this year, right until next May.

Those are unfortunate news for the dedicated surfers on their surfboards, but all bad news come with at least some good news, and that is – the season for Stand Up Paddle boarding has just begin!

Stand up paddle surfing and stand up paddle boarding (SUP) is an offshoot of surfing that took form in Hawaii. Unlike traditional surfing where the rider sits until a wave comes, stand up paddle boarders stand on their boards and use a paddle to propel themselves through the water. Variations include flat water paddling for outdoor recreation, fitness, or sightseeing, racing on lakes, large rivers and canals, surfing on ocean waves, paddling in river rapids (whitewater SUP), Paddle board yoga and even fishing.

Stand up paddlers wear a variety of wet suits and other clothing, depending on water and air temperature since most of their time is spent standing on the board.

Where it all began

SUP originated in Africa where it was common practice for individuals to stand on their canoes and use their paddle to propel themselves forwards. This method was used by warriors in an attempt to conduct stealth attacks.

The contemporary form of the sport originated in the 16th century where Hawaiian surfers would surf on boards of up to 5 meters in length. These surfers used a paddle to operate boards that were otherwise unwieldy.
In the 1990s SUP was taught at Hawaiian surf schools as an alternative way to surf when there was little swell. This practice became increasingly popular so surf which has now led to its big popularity it enjoys today – thus also to you, we hope!

Your way to the board – get the full SUP experience

Thanks to the historic development and the modernisation of the traditional use, you are now able to walk on waves with the help of a SUP board at Phuket Surfing School.
Although SUP boarding may seem and look easy, it takes practice. No one has been born on a board, nor have you most likely. To learn how to balance on a board we offer SUP lessons, which you can read more about and book here:

Explore a world below the waves

For those among you that don’t want to take on this experience of SUP boarding, and rather would like to explore the world below the waves, you can get started with diving lessons at: