Surfing tricks and manoeuvres you could learn

When getting on’board’ the exiting world of surfing, there’s a lot to learn, a lot of new things to grasp; a lot of which require experience and determination most of all. In the world of surfing, it is all about practice really. If you fall, you get back up, to then fall again – right until you’ve learned to ride the waves confidently. Once you’ve learned the basics, or even if you’re reading this as an intermediate surfer, there’s still a lot to learn every time you get the chance to hop onto a surfboard to conquer the waves.

Carving is when you change your line and direction within open sections of the waves. When you carve, what you do is puting your weight and power on the surfboard’s railside.
In other words, you ‘bury’ the rail into the water, draw an arc and stay in the curl.

The cutback is known as a key manoeuvre in surfing. It allows you to reduce the speed with a good purpose. The movement from slowing down takes the surfer back from the shoulder into the pocket of the wave and repositions him in the energy zone. 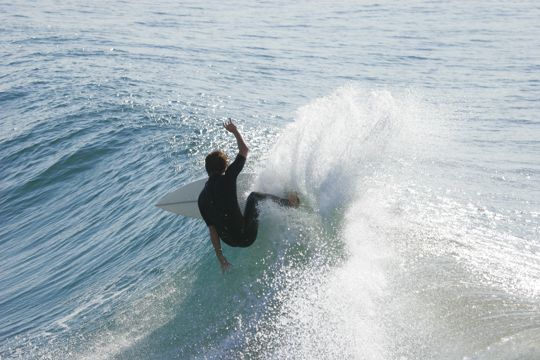 A surfer executes a radical cutback on a beautiful, blue wave in the ocean.

A surfer carves a radical off-the-lip.

The bottom turn is one of the most important manoeuvres in surfing, if not ‘the’ most important one. For many, the bottom turn represents the foundation of surfing, as it is the first turn on a wave after dropping in, and it allows you to channel the speed and momentum towards the open face ahead of you.

The bottom turn is the bottom line. This is is where it all begins. 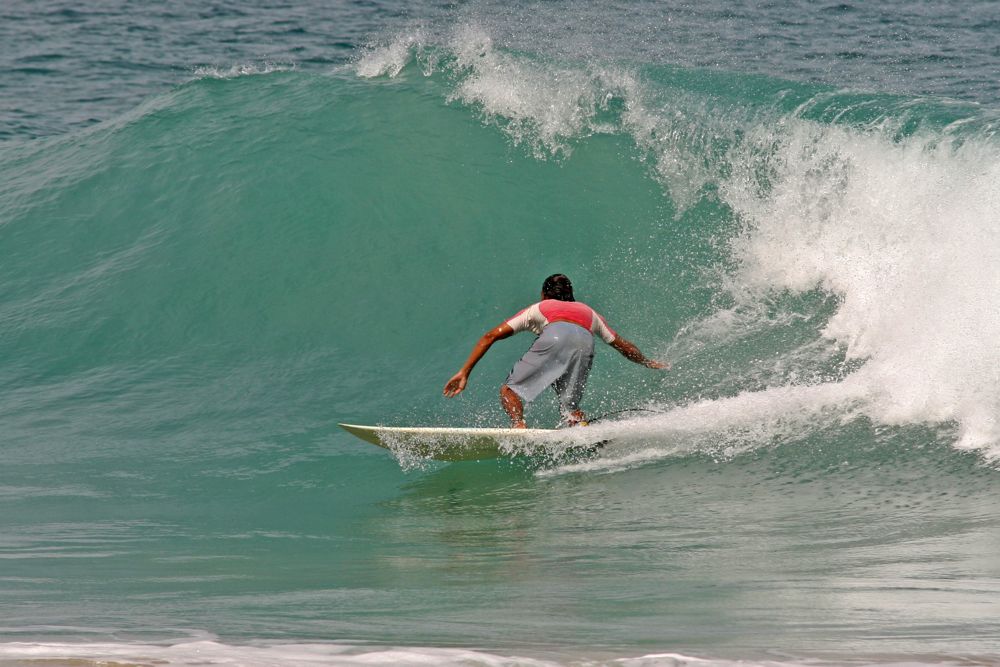 Surfer performs a bottom turn on a peeling tropical wave

The snap, also known as slash, is that radical change of trajectory in the pocket, or on the top of a wave. When performed abruptly, it produces spectacular, flashy buckets of spray above the surfer, which is quite exiting to master.

The roundhouse cutback trick is one of the most beautiful and most popular manoeuvres in surfing! The roundhouse cutback is usually performed in smaller waves without much of a wall, and it allows the surfer to return to the curl gaining maximum speed and amplitude off the top, with a figure-8 surf line.

Sounds advanced? Well, try it! It’s not as hard as it sounds - if you’re experienced.

The off-the-lip is a vertical top turn in which the surfer attacks a steep slope, projects half of his board off the wave's lip, to then drive it dramatically down towards the bottom of the wave without losing momentum.

The best one of the moves last; the 360, which means that you’re making a full rotation on the face of the wave. It can be performed either by reversing or carving. In both cases, the surfer spins down the wave.

As you can see, surfing is an action sport with many tricks - and those were only a fraction of them really.

The surfer's informal rulebook dictates that the athlete who invents, pulls, and completes a new manoeuvre has the explicit honor of naming it — so maybe you’ll be the namegiver of one spectacular move yourself one day?

But as a beginner, you’ll first need to learn the basics of surfing, which is paddling, duck diving, popping up, and trimming - and that is where we come into the picture here at Phuket Surfing.

Become a (better) surfer today, come join our surf lessons or rent a board.

Will we be seeing you on the next wave? 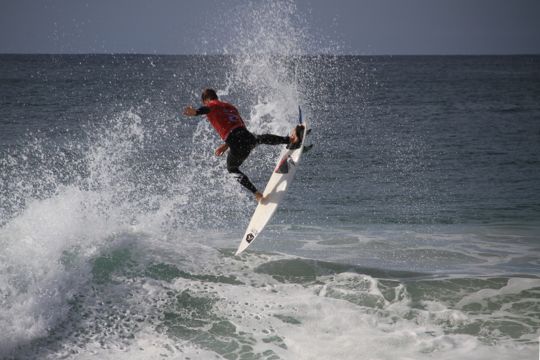 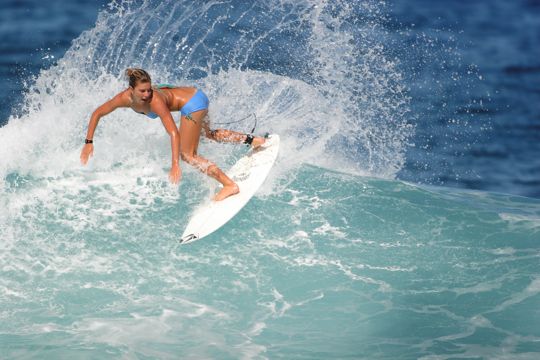