The science of surfing – Part 1

Surfing is a cool way to spend a hot day—but there’s much more to the sport than just balancing on a board. Mastering surfing is all about mastering science: you need to know how waves travel across the ocean carrying energy as they go, and how you can capture some of this energy to move yourself along.
Whether you’re surfing or bodyboarding, riding a longboard or whizzing on a skimboard, you’re using cool science in a very cool way. Let’s take a closer look! 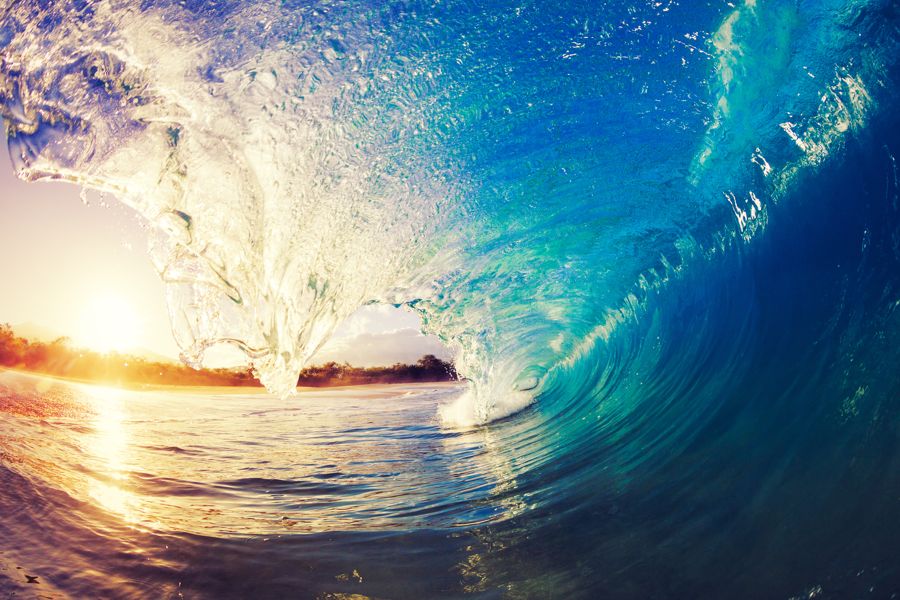 Waves are always the first thing you notice about the ocean, isn’t it? Except on very calm days, there are always waves skimming across the surface of the sea. What exactly are they doing there?

We usually find waves in a place where energy has appeared. A basic law of physics called the conservation of energy says that energy can’t be created or destroyed; it can only ever be converted into other forms. When energy suddenly appears, concentrated in one place, something has to happen to it. Usually, energy doesn’t stay put: it tends to travel out in all directions to other places that don’t have as much.

Suppose you bang a kettle drum in the middle of a football stadium. As your arm beats the stick, you make the drum skin vibrate up and down with kinetic energy (the energy of movement). As the drum skin bounces back and forth, it produces waves of sound energy. These travel through the air, making air molecules vibrate in sympathy, carrying sound energy in all directions until it dissipates and gradually disappears.
Something similar happens if you switch on a lamp in the middle of a dark room. This time, waves of light energy travel out from the lamp in all directions. Why can’t you see sound and light traveling in the same way that you can see waves on the ocean?
Sound travels at over 1000 km/h (600 mph)—so it is both quick and invisible.
Light travels much faster than sound at 300,000 km per second (186,000 miles per second)—so it carries electromagnetic energy between two places virtually instantaneously.
Even though you can see light, you cannot see it traveling.

The great thing about ocean waves is that you can see them coming. If you’re surfing, even fast-moving waves are slow enough to catch and carry you along. Try doing that with sound or light!

If sound waves come from people beating drums, and light waves come from people switching on lamps, where do ocean waves come from? If you live in the northern hemisphere, far from the equator, you’ve probably noticed that there are more waves around in the fall (autumn) or spring than in the summer. In Phuket, for example, there’s most wind in the fall and winter—and that’s usually the best time of year for surfing in places like Kata. Wind is important because it’s what puts energy into the ocean: it makes ocean waves in more or less exactly the same way as you make sound waves when you bang the skin of a drum.

What’s the difference between wind swell and groundswell?

The waves that arrive at your beach, are not necessarily created anywhere nearby. Back in the 1950s, an ocean scientist named Walter Munk conducted an amazing series of experiments with ocean waves. He managed to prove that some waves travel over 15,000 km (over 9000 miles) across the open ocean before they reach their eventual destination. That’s like traveling across the United States, from New York City to California, four times!
Generally, the more widely spaced and the cleaner waves are when they roll up on the shore, the further they have traveled.

Waves like this are known as swell (or groundswell) and they make the best waves for surfing.

Groundswell is the reason you can have quite large waves washing up on your beach even when there’s little or no wind blowing. Waves generated nearby (by winds blowing in the local area) are known as wind swell. They are usually choppier, smaller, messier, harder to surf, and less interesting to surfers than groundswell. Often the waves in a particular place are a mixture of groundswell and wind swell—a random collection of waves that have traveled from far away mixed with waves that have come a much shorter distance. 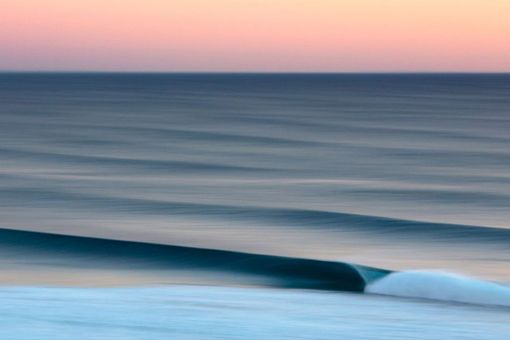 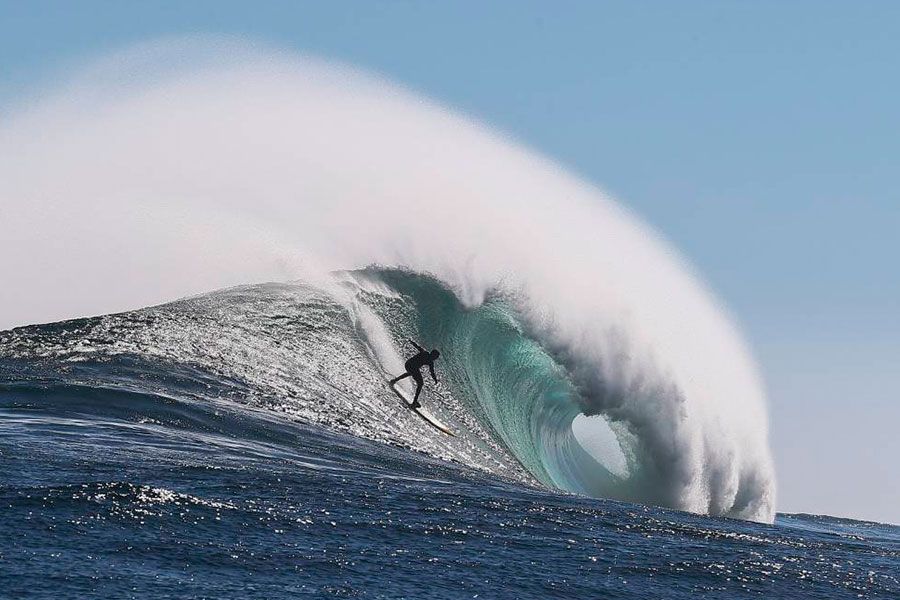 When and why do waves break?

Swell is only one of the ingredients for great surfing. Surfers don’t like any old waves: they want waves that peel (break gradually to the left or right along the wave crest) rather than close out (where the crest folds over and smashes to pieces all in one go). When a wave is peeling, you can ride back and forth across the crest as it slowly breaks; with a wave that’s closing out, there’s nowhere much to go. In surfing slang, waves that close to the right are called, not surprisingly, “righthanders”, while left-breaking waves are “lefthanders”. The angle at which the wave peels makes it more or less interesting to surf. The steeper the angle, the harder it is to surf and the more interesting moves you can pull.

Why do you have to paddle?

Whether you’re on a surfboard or a bodyboard, if a great wave is heading towards you, you have to paddle like mad to be able to catch it. In other words, you have to be traveling with some speed and momentum as the wave hits you to stand any chance of riding along with it. Why is that?
To travel with a wave, you have to accelerate to the speed it’s traveling. In other words, you have to gain a certain amount of kinetic energy very quickly. If you’ve already got some kinetic energy to start with—if you’re already moving when the wave catches up with you—it’s much easier for the wave to accelerate you a little bit more. Or in simple terms, the faster you paddle, the more likely you are to catch your wave.

Why do waves suck you backwards?

At school you learn about two kinds of waves. There are waves like sound, which travel by a sort of push-pull process, making patterns of alternately squeezed up dense air (compressions) and thinned-out, less-dense air (rarefactions). Sounds wave are called compression waves; they’re also called longitudinal waves, because the air molecules that carry sound energy move in the same direction as the wave travels. Then there are waves like light that travel in a familiar, up-and-down pattern. These are known as transverse waves, because they vibrate at right angles to the direction in which the wave travels.

But ocean waves are not like the waves you learn about at school. They move the water surface round in circles as they travel along.
Watch a seagull sitting on the ocean as a wave approaches. The gull is sucked backwards up the front of the wave, lifted onto the wave’s crest, pushed forward as the crest passes by, and then lowered down to pretty much the same place it started off in. This happens because ocean wave energy is not traveling purely on the surface of the ocean: it also affects the layers of water underneath. You’ll have noticed this sucking effect if you’ve ever caught waves on a bodyboard. As you lie on the sea surface, you’ll feel yourself being pulled backwards as a wave approaches. This is another reason why you have to be paddling forwards to catch a wave. If you’re not paddling forwards, you’re definitely going to get sucked backwards!

Interested in reading more of the science of surfing? Read on here. 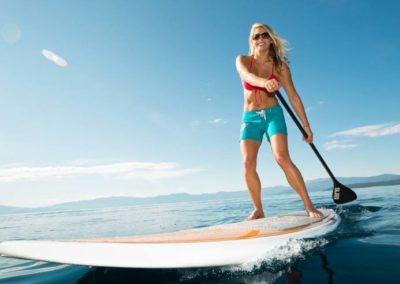 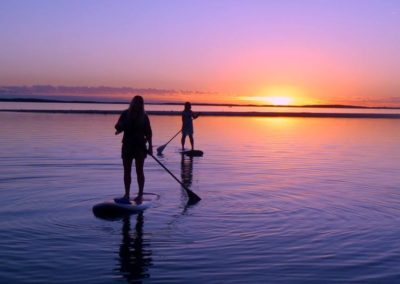 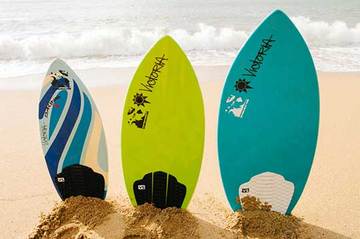 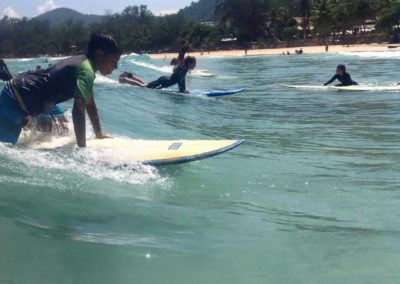 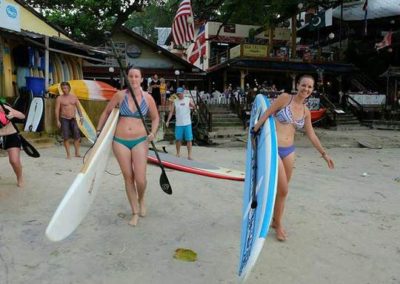 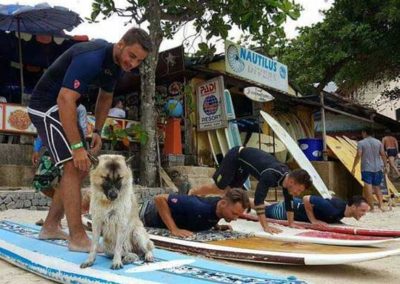 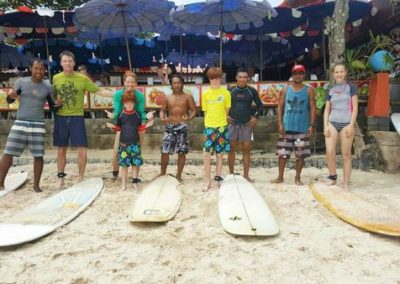 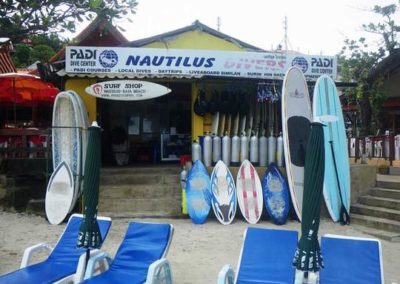